The video compression relies on a concept of Key-blocks, encoded with JPEG-like algorithm and motion blocks, derived from previously drawn blocks. The frame is encoded in 8x8 or smaller block. The Key-blocks are always 8x8 and directly encoded, while motion blocks heavily rely on D&C approach and various block transformation techniques. Generally, this codec is quite similar to 4XM codec and Mobiclip codecs, because it's written by the same people.

All offsets a relative to this header.

For each plane of 8x8 coefficients, first entry is s44, then read nibbles and fill the rest of coefficients as follows until the whole plane is complete. Repeat for each Y, U and V plane.

Block's source coordinates are the sum of current 8x8 macroblock's coordinates (not it's subblock's!) and the xmotion and ymotion respectively. If x-coordinate happens to go out of frame, it should be wrapped around the line. Copy block at the following coordinates to the current, applying the transformation as specified. 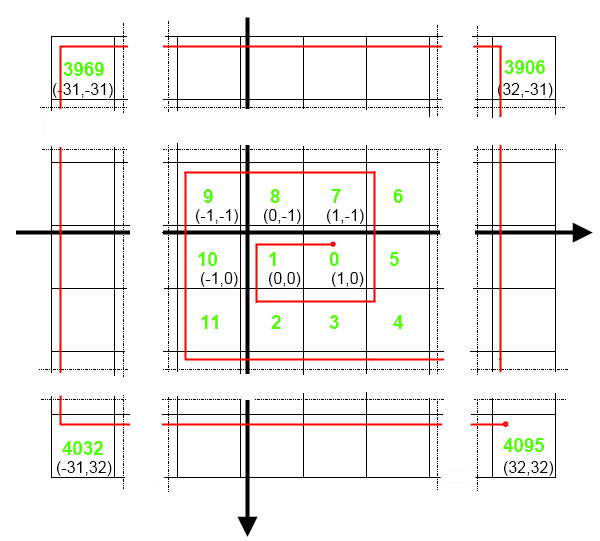